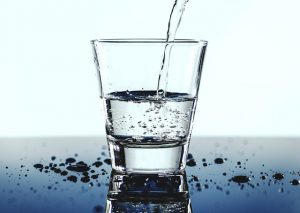 Until 1923 with the research of AV Hill there was no information about the importance of fluid consumption during sports. He was the first who found that blood supply was important to keep muscles and heart at work during the exercise. His seminal work laid the ground for the cardiovascular model of thermoregulation, which explained the importance of good hydration during exercise practice.

Summarising, water loss, mainly through sweating, reduces the plasma volume in the body. The heart has to increase its output to maintain the blood flow to muscles and skin. If exercise continues without proper hydration there is a point in which heart is unable to maintain the stroke volume. The next step of protection from the body is to increase the vascular resistance, in other words, to contract blood vessels, and consequently the blood supply, to the skin. This would affect the thermoregulatory ability of the body to dissipate the heat, leading to an increase in the body temperature. When body temperature reaches 39°C there is a dramatic decrease in the physical performance, with also neurophysiological effects. Without treatment it would cause a heat stroke, fatal in many occasions.

It is still unclear which is the trigger limiting physical outcome, if dehydration or body overheating. In some studies the fastest athletes were the most dehydrated, maybe because they were able to keep dissipating heat during competition, and running economy was better (lowering of body weight), but it is impossible to know if their performances had been better if they had been properly hydrated.

It was generally advised that athletes should match fluid intake and fluid loss through sweating, as prevention for the negative effects of dehydration. Only in 2007 the American College of Sports Medicine (ACSM) started talking about a “tolerable dehydration”, where a fluid loss below 2% of body mass didn´t affect physical performance. In this regard is usual to have a deficit of 0.4-0.6L for every hour doing exercise, as liquid intake and nutrition are somehow more limited. For elite marathon runners competing in warm weather, an intake of 1L/h would be enough to keep dehydration at a 1.7%, still in the tolerable margin, while in cooler conditions a drinking rate of 0.5L/h could be enough. For more recreational runners, with marathon times around 4h, a rate of 0.5L/h would be insufficient to keep dehydration on bay (unless in a light runner of about 50kg weight). Fluid needs are variable among marathon runners, and affected by weather conditions, performance intensities and duration, and conditions in laboratory studies are never like those found in actual races.

It was only in 1970 that Costill studied the effect of water against a carbohydrate+electrolytes drink in a group of athletes, and although they found similar ability to keep body temperature constant, the group drinking the prepared beverage was able to keep electrolyte balance and carbohydrates metabolism.  It opened a new research topic, and therefore a new commercial field, that we will follow in our next entry.

Muscular Exercise, Lactic Acid, and the Supply and Utilization of Oxygen 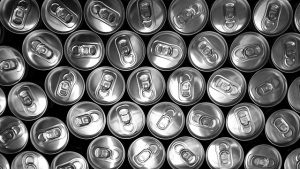