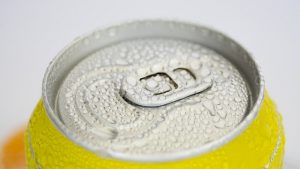 Among drinks that could also be considered we find the milk and liquid yogurt, that are usually beneficial after exercise, as they provide high quality proteins and amino acids, recommended for the recovery of muscle fibres, and are rich in carbohydrates.  Chocolate milkshake could be your perfect hydrating and recovery drink after long trainings. As for juices, they are mainly rich in carbohydrates, and they could be useful for replenishing liquid losses after training, but, as with the milk-based drinks, with caution of side effects if consuming during the exercise. Regarding energy drinks, although they will have their own entry, they usually add extra nutrients, whose inclusion is not always scientifically justified (taurine, caffeine, guarana…), so caution should be exerted before recurring to their use.

A new field of sport drinks is on the rise, based on hydrogels and alginate. Alginate is a seaweed derived polymer, with several uses in the pharmaceutical industry (cartilage regeneration and wound healing among others). At low levels of pH, as in the stomach (because of the gastric acids used for the digestion), forms a hydrogel, capable of encapsulating the carbohydrates. When this “capsule” abandons the stomach towards the intestine, with a higher pH, loses its shape, releasing the carbohydrates. This unique property allows for higher quantities of carbohydrates consumption, impossible with the usual formulations (due to its slow gastric emptying), and higher levels of water intake. In preliminary studies with athletes running 25k at a 3:48min/k pace it was possible to increase the amount of carbohydrates to 300g carbohydrates/L without side effects, an amount considerably higher than in usually available commercial drinks. A clear evidence of the new popularity of these drinks is that already in 2016 winners of all World Marathon Majors (Berlin, Chicago, NY, Tokyo, Boston and London) were using some kind of alginate hydrogels, a trend that has only continued.

Additional benefit of this new hydrogels is the possibility of delivering other nutrients and supplements that could otherwise not be so well tolerated by the stomach. On top of this, there is a consensus that the common use of drinks and gels, even at elite level, are detrimental for the dental health, as most use flavourings, such citric acid, that contribute towards an acidic pH. The alginate gels on the contrary are pH neutral, and therefore could contribute to maintain a healthier teeth.

Also worth mentioning the use of the new technologies in the recent field of “smart bottles”. These technologically interconnected devices, with sensors capable of sending information to computer applications are useful in patients that need accurate control of liquid intake. The use of these so called smart bottles in sports is warranted, as they would allow a perfectly timed control of liquid intake.

Sports Drinks on the Edge of a New Era

Hydration and chemical ingredients in sport drinks: food safety in the European context

Fluid replacement and performance during the marathon 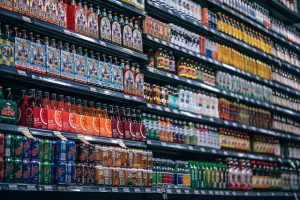