It is mostly accepted that running a marathon is a physical challenge, and even more running an ultramarathon, although the physiological effects of running distances longer than 42 kilometres are rarely studied.

A recent article has tried to bring some light into this subject and see how an ultramarathon affects fluid and electrolytes levels, skeletal muscle damage and hepatic and kidney function in non-elite runners.

Ten athletes with training volumes between 4 and 15 hours per week fulfilled the inclusion criteria and were included in the study as recreational non-elite individuals.

The race was a mountain ultramarathon, 67km long and with 4500m total ascent and descent in Austria. Food and beverages were provided every 5k.

Blood samples were taken from all individuals the day before the competition, immediately after finishing (within 15 minutes), and 24h later. During competition runners carried a heart rate monitoring device.

During a race sweat loss up to 2% of body mass is not associated with impaired performance or electrolytes balance. Losses in excess of 2% can affect the performance and should be compensated by fluid ingestion to avoid hypernatremia (excessive sodium levels in blood). Nevertheless, as we already went through another entry, drinking uniquely water could lead to hyponatremia (low sodium levels).

Runners body mass did not change significantly after the race (weight loss of 0.8kg).  Similarly, electrolyte levels remain unchanged for Na, Cl, K, and Mg, with only a small increase of Ca reported.

Finishing times were correlated with body mass index, but they weren´t with age or training volume.

Haemolysis is related with repetitive foot strikes and gastrointestinal bleeding, and it can lead to situations of anaemia.

Skeletal muscle damage is common after a marathon as a result of many microtraumas. It is accompanied by increased levels of certain enzymes in plasma (creatine kinase CK and lactate dehydrogenase LDH), systemic inflammation (high IL-6 levels) and immune system activation (high white blood cells count, or leucocytosis).

Sports anaemia and severity of skeletal muscle damage are related with the distance covered, so they are usually more frequent in ultramarathons as distances increase, and especially in down-hill races (eccentric workload). In the present study they found increased levels of CK and LDH at both times post-race (15 minutes and 24 hours).

Nearly 40% of marathon finishers present some symptoms of rhabdomyolysis. It is a condition in which products of damaged skeletal muscles, such as myoglobin, reach the kidneys with harmful consequences, leading sometimes to kidney failure.

In the present study markers of renal damage (creatinine, blood urea nitrogen and glomerular filtration rate) were elevated in most of the non-elite ultramarathon runners. These levels were still increased in some runners after the 24h of recovery, indicating some degree of sustained renal dysfunction.

Results of the study were limited because of the low number of participants, the absence of females, and the lack of information about food and drink intake during the competition and 24h recovery period.

Nevertheless, it was determined that age, muscle mass, climate conditions, type of workload and experience level influenced skeletal muscle damage, and especially kidney function. Most of these are harmless side effects, although in runners with moderate levels of ultramarathon experience and training kidney injuries could take long to heal.

Because of these results, coaches and non-elite athletes should be aware of the risk of acute kidney injury associated with ultramarathon running. Symptoms which could appear during the consequent days are: too little urine, swelling (in legs ankles, and around the eyes), fatigue, shortness of breath, confusion and nauseas, among others.

Run healthy, and within your limits.

If you liked our entrance, don´t hesitate to follow us. Thanks for reading.

Physiological and Pathophysiological Responses to Ultramarathon Running in Non-elite Runners 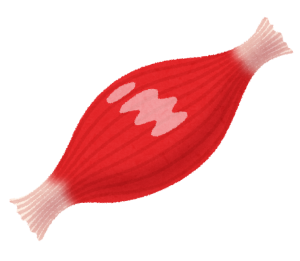