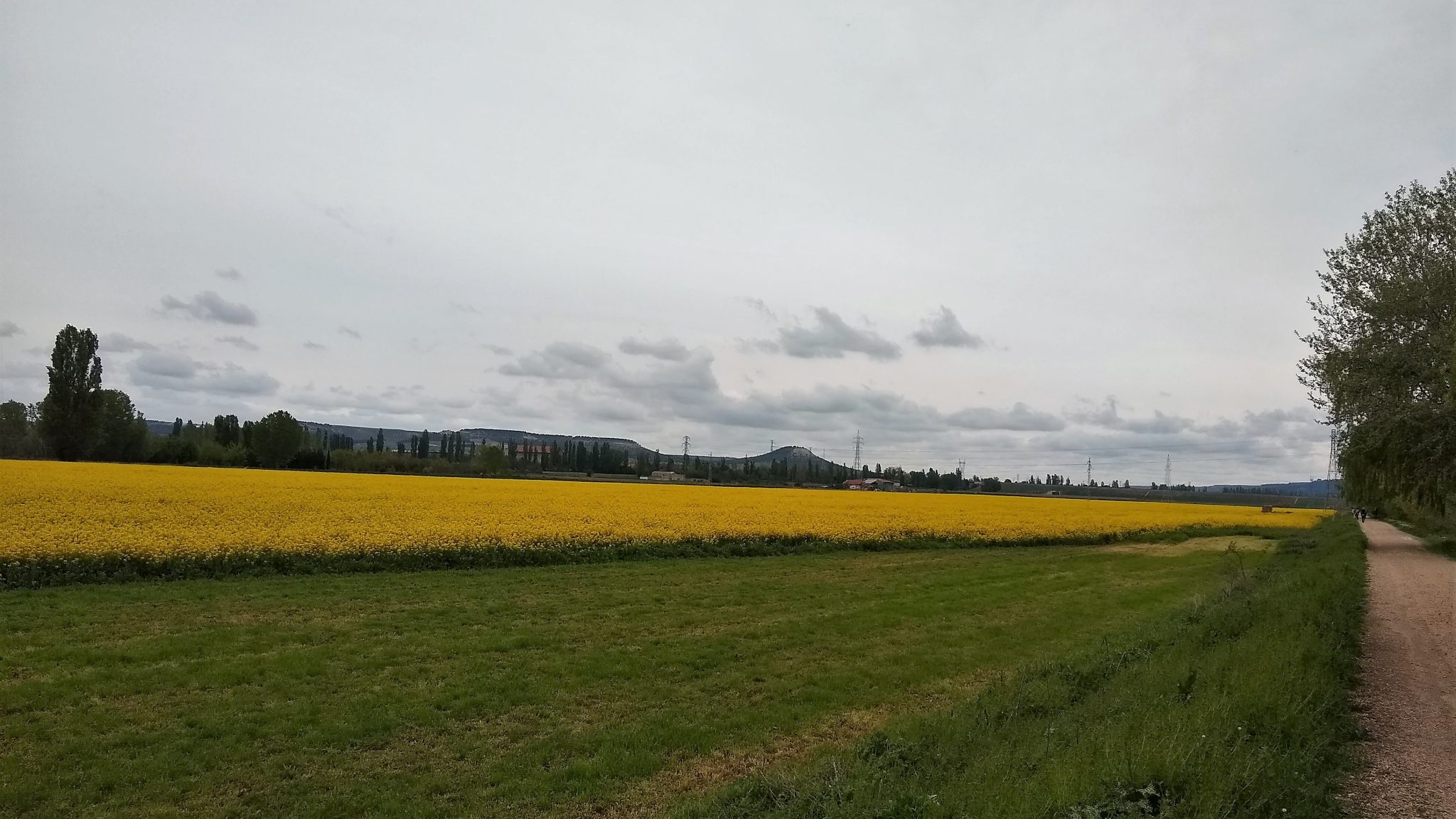 Picking up the torch from Quique´s marathon two weeks ago, it is time to organize a new one. The chosen date, Friday April 23, festivity of Castilla y Léon, and incidentally commemorating the fifth centenary of the “Comuneros” defeat in the Battle of Villalar.

The circuit will follow the riverbank of the Esgueva as it leaves Valladolid, a linear and flat route of just over 7 kilometres that will have to be run 6 times to complete the distance of Pheidippides.

At the start, once again the usual ones: Quique, Lola and David, both going for their fourth marathon on as many weekends, and Kacho opting for half the distance. Pepe is going to miss it.

Being festive only at regional level does not help travel, but with four for the marathon, we are enough to “validate” it, a criterion that will still give a lot to talk about.

During the week forecast had been promising water, although later it changed, and finally the morning appears only with some clouds and good temperature.

After two weeks of active rest, trying to recover physically (and psychologically) from the last event, it seems that things can go better today. Thus, and although not perfect of “sensations”, at least I can manage to run the first 2 laps with the others.

Shortly afterwards David pulls forward and we let him go. I still make it to the half marathon with Quique, who has been holding back so as not to get me off the hook. By that point I still have a small margin to get below 4 hours.

Later in the day we must overcome quite a few walkers and cyclists, something that I did not have foreseen, as I usually have trained on this path much earlier and during weekdays.

Meanwhile, the race continues its course. I keep Quique and Lola at a visual distance, while David is already quite far. Running back for the last time and seeing that the 4 hours are going to escape me again, I squeeze what is left in me.

In the end I cross the finish line at 4.04.28, improving almost 20 minutes the debacle of 13 days ago, although again above the 4 hours finish time. On the positive side, a marathon less to reach the 100-barrier…

After the fifth MIV marathon, during the post-race talk, we begin to glimpse the light at the end of the tunnel for the “official” competitions. Among others, the names of the marathons of Gran Canaria, San Sebastián, Reykjavik, Tokyo and even the North Pole ring out …

It is what the marathon has that, like sports in general, knows no borders, and will survive to Covid, even if it is based on PCRs or “clandestine” marathons. 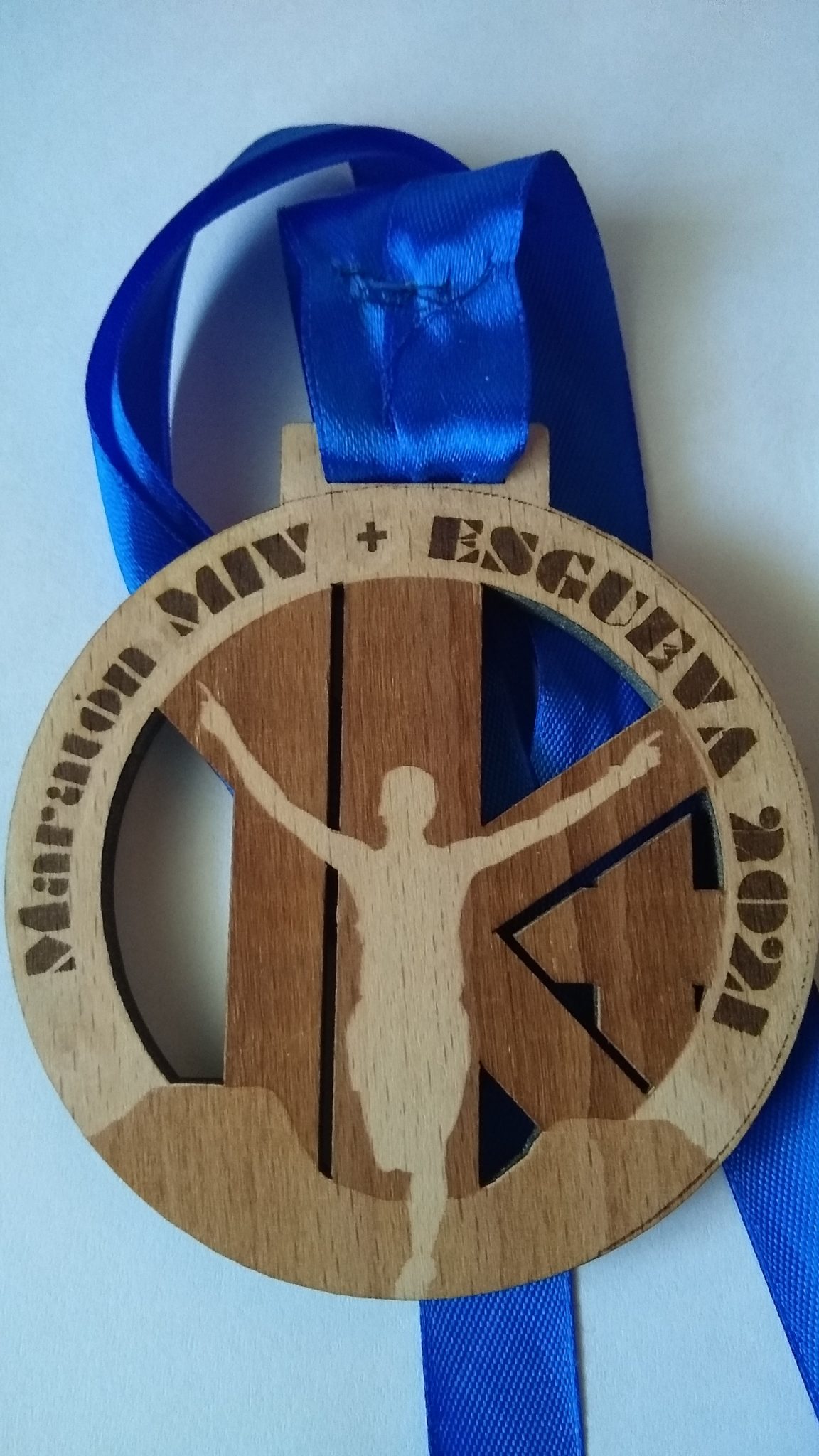 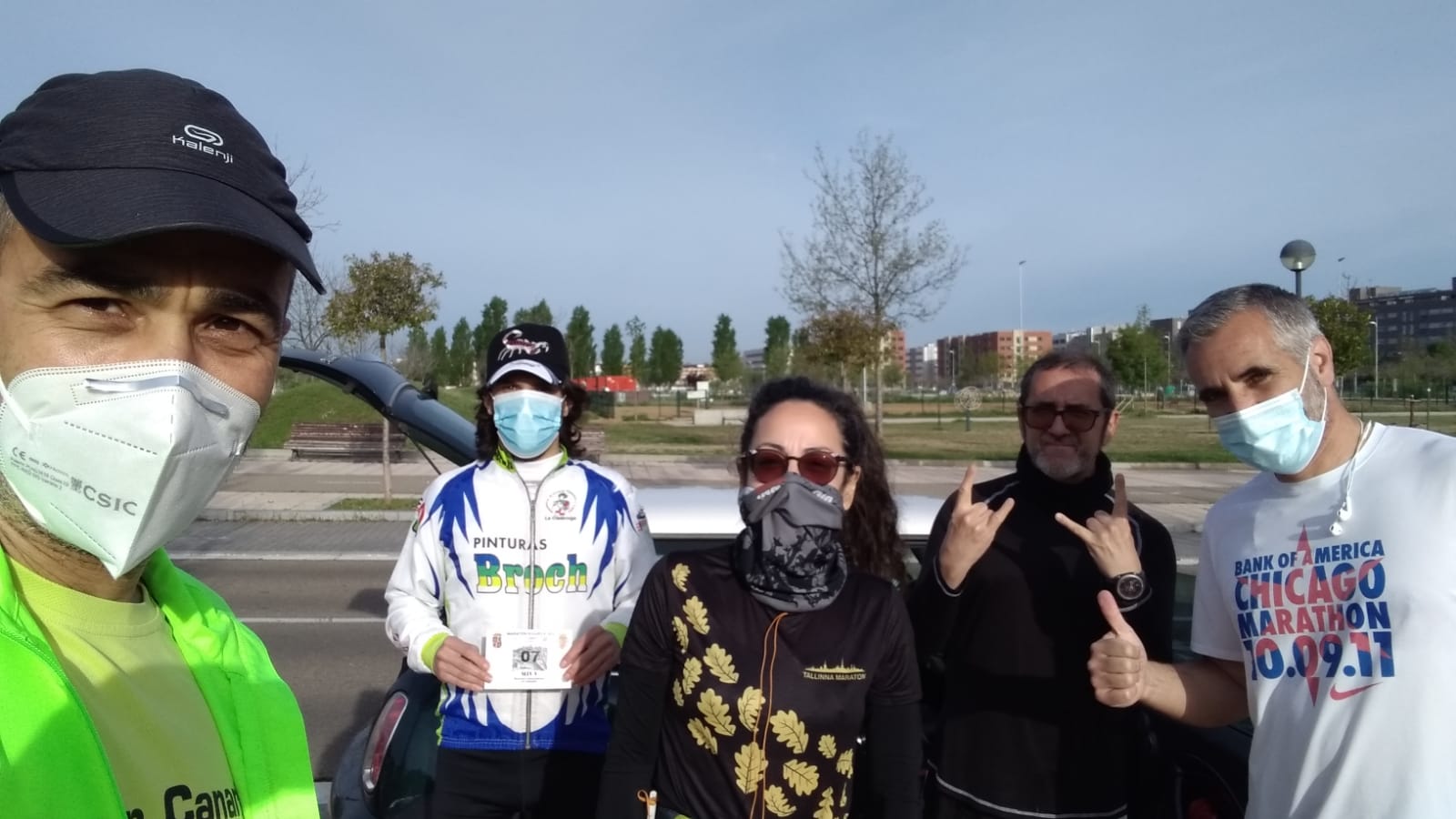