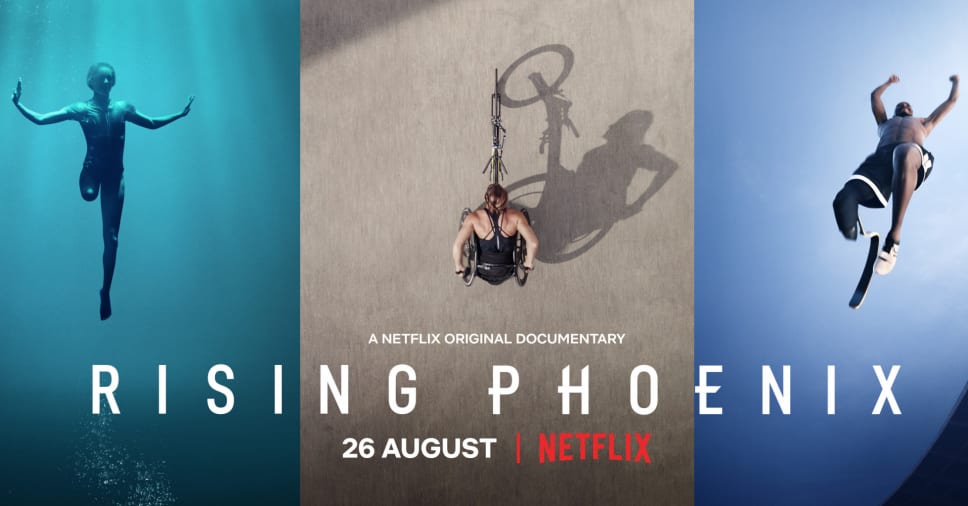 Available in Netflix “Rising Phoenix” is a very interesting and heart-touching documentary about the Paralympic movement. Although a documentary it is far from boring. It feels more as an action movie, and with reason, having among its producers to Barbara Broccoli, also producer in the James Bond saga.

There is a part where we are told about how the Paralympic movement started, in the Stoke Mandeville Games of 1948, coinciding with the 1948 London Olympics. It was the idea of German doctor, Ludwig Guttmann, who thought that sports could do a lot for disabled military men in Great Britain. Sports was a way of integrating them in society, showing that they could be useful again and outperform their physical limitations.  We watch how the event grew with each celebration, until being integrated in the Olympic movement and named Paralympics.

But the documentary is not only an old story about the Paralympic movement. We are also introduced to some characters, from the people responsible of making the Paralympics happen, to the actual heroes of the Games, the athletes.

From some of the previous and current executives in the International Paralympic Committee we follow the evolution of the movement during the latest Paralympic Games. From Beijing 2008, that allowed to make visible the disabled community in China, to the global phenomenon of London 2012 and the financial problems of Rio 2016, that almost caused their cancellation.

Other part of the documentary focuses on a set of Paralympic athletes. Everyone has a personal story behind, and a reason to practice sports. It is by showing us some of these backstories that this documentary gets heart-touching. From situations that would literally finish with anyone´s hopes, these heroes are able to get the spirit to raise again and compete at the maximum level.

The film title, Rising Phoenix, comes from the nickname of Italian fencer Bebe Vio. Her story is so powerful that easily will take get a tear from you. We can follow her since she was a normal little girl until her Paralympic appearance in Rio 2016.

A global vision of the Paralympic movement, showing us only a small group of Paralympic athletes, often overshadowed by “normal” athletes.