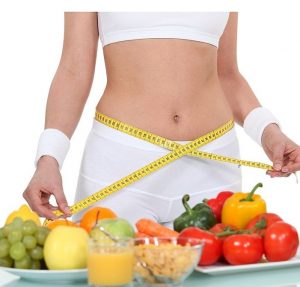 Dieting has been extensively used by athletes, in order to lose body weight or fat prior to competition, especially in some sports with weight classes. Athletes, in opposition to overweight people, are usually interested in diets that maintain their fat free mass levels, in order to keep training levels and performance, and usually combine nutritional and exercise interventions.

One of the approaches to achieve fast losses of body weight is the dehydration, restricting fluids intake and pursuing sweat, which is known to affect adversely the performance. Nevertheless this is not the only dubious technique, as there are many diets around nowadays, with most of them lacking any scientific fundament.

Intermittent dieting comprises “feed” and “fasting” periods. The feeding periods are thought to break the body fasting rhythm, as the body adapts to dieting via metabolic and hormonal changes that make more difficult to keep losing weight after the initial period.

Besides the fact that less weight means also less energy expenditure, there is a metabolic adaptation called “adaptive thermogenesis”, which explains why most obese individuals are unable to keep a 10% weight reduction over 12 months.  6 months of diet with 50% of the energy requirements in a group of individuals caused a 40% decrease in the baseline energy expenditure (25% from the weight loss and 15% from the adaptive thermogenesis).

Hormones are also important. Energy restriction procedures reduce the levels of thyroid hormones (T3 and T4), leading to a decrease in resting energy expenditure and an increase in body fat levels. Leptin and ghrelin, working in opposition, are hormones regulating appetite. Low levels of leptin increase appetite. Their levels could be against further weight losses, by altering appetite or reducing energy expenditure, and they could be used as indicators of the metabolic adaption to energy restriction.

Adipocytes are cells working as fat storages, which adapt to energy restriction by reducing their size, which is accompanied by a reduction in the levels of leptin released. The decrease in size could be accompanied by a higher capacity of fat storage, making more difficult the continuous body weight. Additionally it has been shown in rodents that after a dieting period the number of adipocytes may increase, explaining the “rebound” effect of some diet procedures, where the final weight may be even higher than at the initial stage.

There are many variations of intermittent energy restriction. Some of them use short cycles:

While there are studies using longer cycles. For example:

In the next entry we will focus on intermittent dieting and athletes.