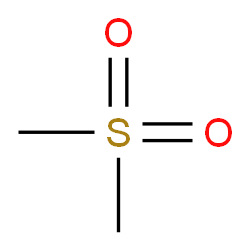 MSM is an organosulfur compound, extensively used in alternative therapies, under an extensive range of names (dimethyl sulfone, sulfonylbismethane, dimethyl sulfoxide, etc). Before its clinical use was used as a solvent, as it was its compound of origin, the much better known in the chemical industry dimethyl sulfoxide (DMSO).

In the late 70s was patented its use for smoothing of skin, strengthen nails or blood diluent, although in only a few years its uses had extended well beyond: stress management, pain reliever, energy and metabolism activator, improve blood flow or improve wound healing, with potential role in arthritis and inflammatory disorders, among them, exercise induced inflammation.

Oxidative stress and muscle pain always appear with exercise at a certain level. Many runners report tiredness and pain as the main reasons to change, or even interrupt their training plans, with the subsequent effect on the training planned in advance. MSM has been studied extensively, because of its high absorbancy and absence of secondary effects.

In one ot these studies (Withee et al 2017) they took a runners group compiting in a half marathon. Blood was collected and surveys about levels of tiredness carried out, one month before the race, and after completion (15 and 90 minutes, and also after 1 and 2 days). Among the factors studied were several oxidative stress markers, and also muscle damage, and muscle and Joint pain. Runners were separated in two groups, one taking placebo (rice flour), and the other one MSM (at a dosage of 3g/day) from 3 weeks befote the race until 2 after it. It was found that MSM supplementation attenuated muscular and Joint pain, although it didn´t change oxidative stress markers or the muscle damage that the race caused. Nevertheless, the authors pointed out the limitations of their study, because most of the participants were female, and it didn´t take into account the diet, training levels or goals of the participants.

In other of the studies (Nakhostin-Roohi et al 2011) MSM supplementation took place in untrained individuals for 10 days. Afterwards they had to run 14 km, and measurements of oxidative markers realised in plasma samples. It was found that the individuals that had taken MSM (dosage of 50mg/kg/day) had lower levels of oxidative markers when compared to the runners that had only taken placebo.

To conclude we can say that MSM has an extensive potential as micronutrient in the physical performance area, because of its lack of secondary effects and absorption facility. Its improvement of inflammation and pain could be useful in training and competition. It would also make a good ally in the physical recovery alter injuries, because of its capacity for improving blood flow to affected tissues. On top of everything else, it has been pointed to an improvement of the energy levels available.

Maybe the supplement to rule them all? More studies will be needed to determine this point. 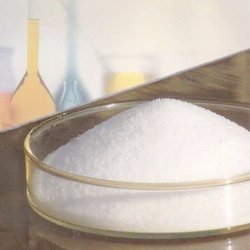