Monday after the marathon. Not too tired after the race, time to wake up early again to get into the 8.30 train to Lucerne, where we arrive after 45 minutes. There is only time to take a few pictures before taking the ferry to Vitznau-Rigi, as in the information post recommended to get to the top of the mountain early in the morning to avoid the rainy forecast for later in the evening, that would spoil the views from the top.

A peaceful cruise gets to the start of the mountain Rigi train, oldest in Europe, and only second in the world. With an old engine and wagons, we ascend through bucolic landscapes until the 1798 metres of Rigi -Staffel, with a few stops in the way to the top, where there is still deep snow in some places. Views are spectacular, with a hotel, restaurant and tourist office, where there is information available about the hiking trails that depart from here. Plan was to do one of the short trails, but as there are plenty of markers to villages and train stops nearby, and the return ticket to Zurich departs from Goldau, we take one of the routes to this village, that we can see on the shore of the lake on the horizon, all the way down from the mountain.

Following the sign that says 2h and 30 minutes looks as a good choice. There are still some patches of snow near the summit, although they soon clear up, to give way to green pastures, forests and waterfalls, and from time to time the distant noise from the trains descending from Rigi-Staffel to Goldau. The 2 and a half hours planned were clearly not enough to reach Goldau, and the legs start to get tired of the long descent, so we decide to finish the route in Kräbel, and reach our destination using the mountain train. We are at 758 metres from the approximately 1800 metres of departure, just on time, as a heavy rain paves its way through the mountains. With some extra time, there was a telepheric every 30 minutest going from Kräbel to Rigi Scheidegg, the other big mountain in the area, that promised new and fantastic views from a different perspective. Nevertheless, considering that there is only one train every hour from this stop it looks better not to risk the returning connection. Once in Goldau another train to Zurich, last stop for a remarkable trip into swiss territory. 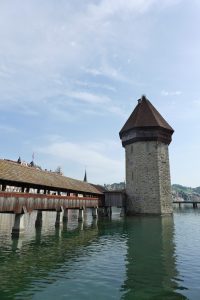 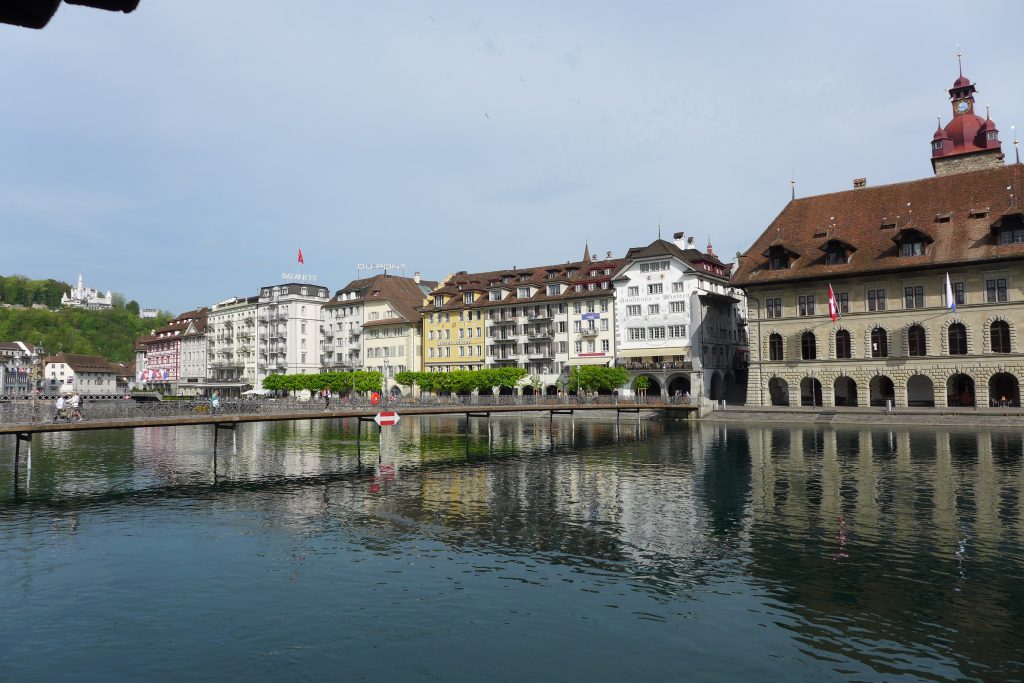 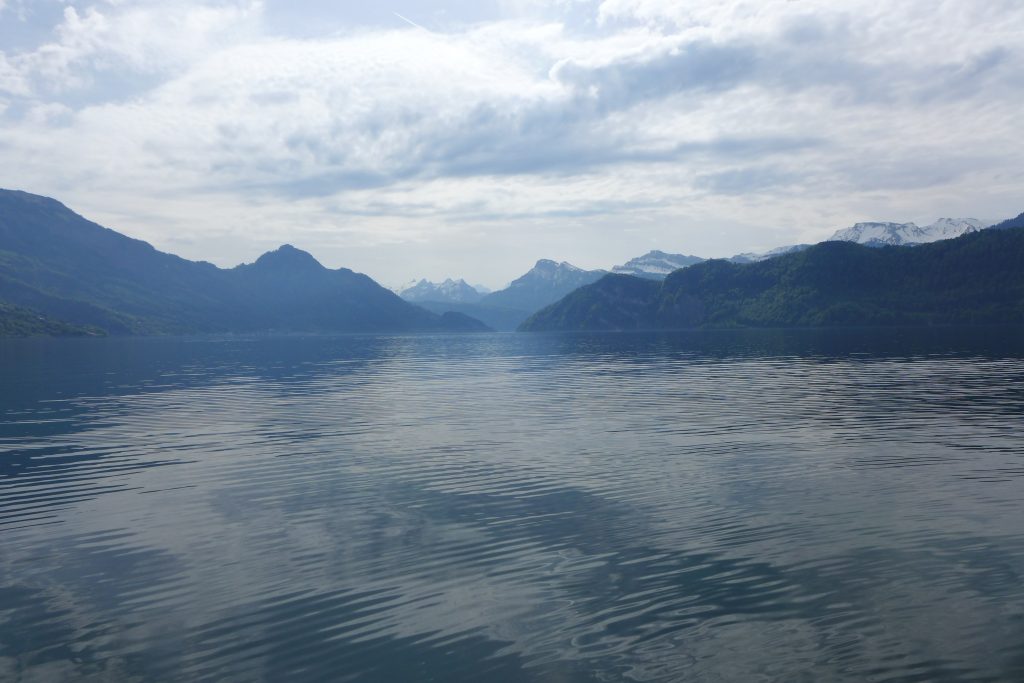 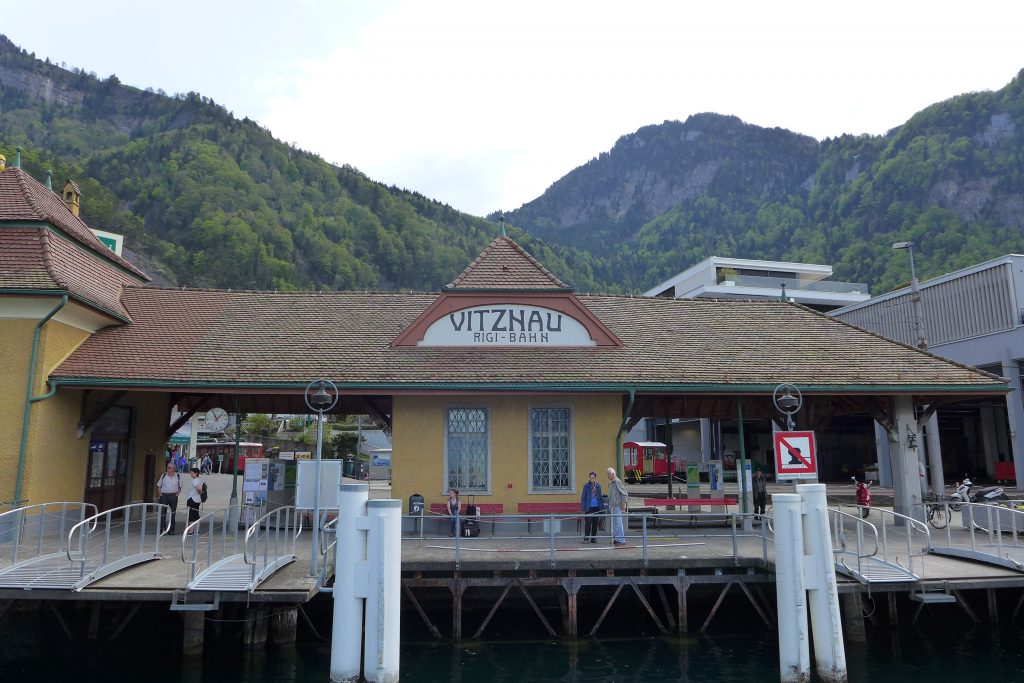 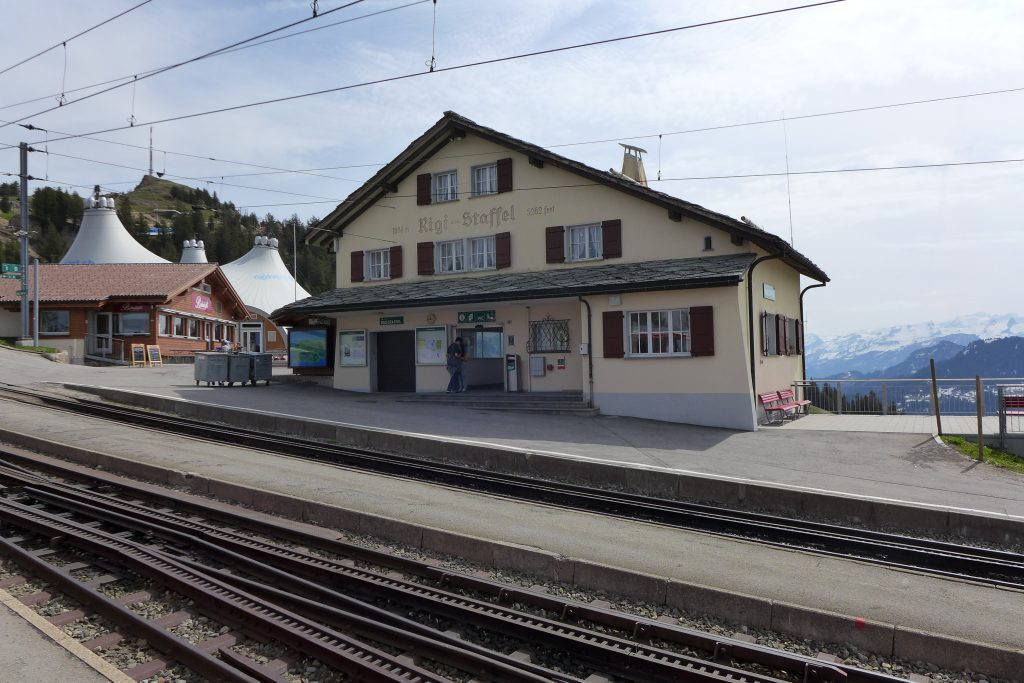 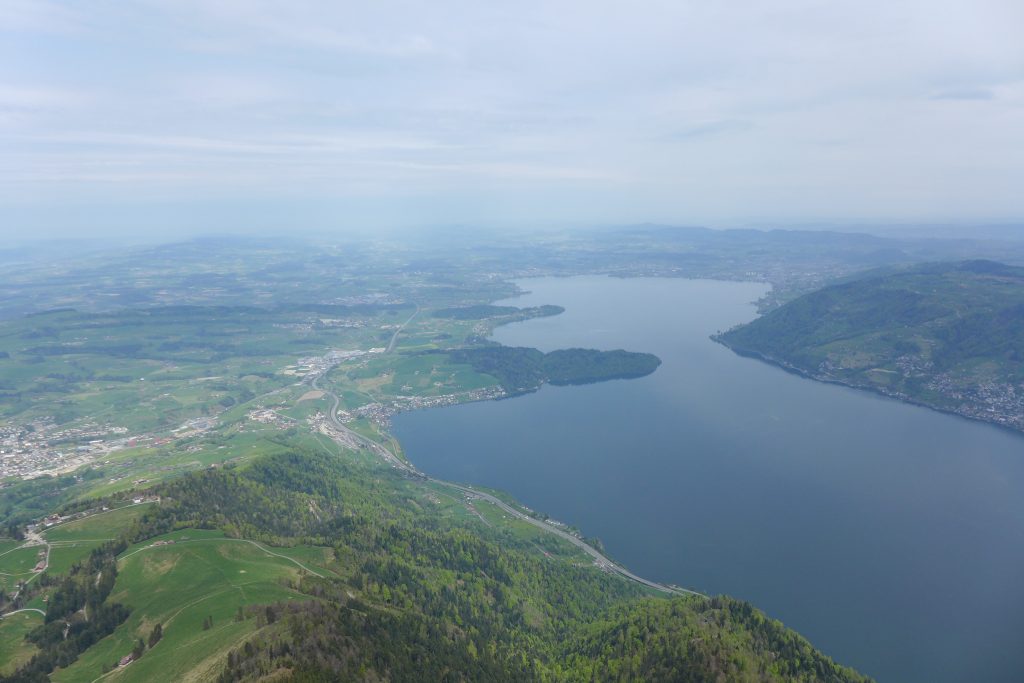 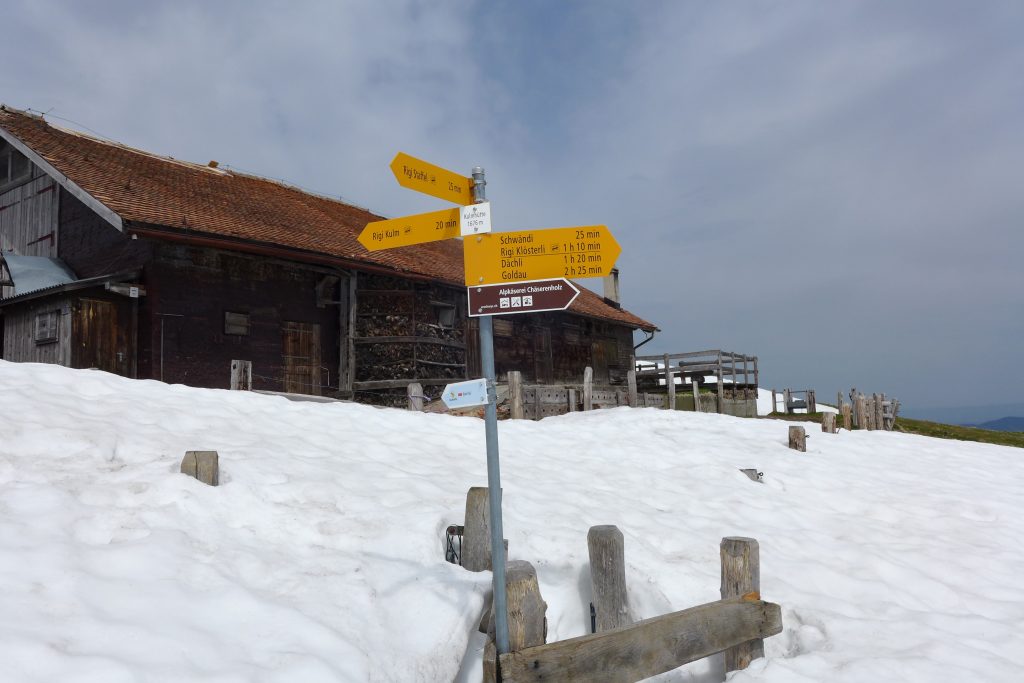 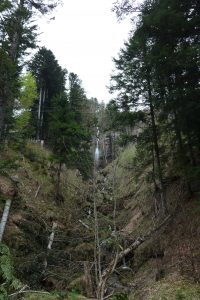 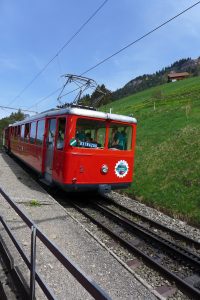