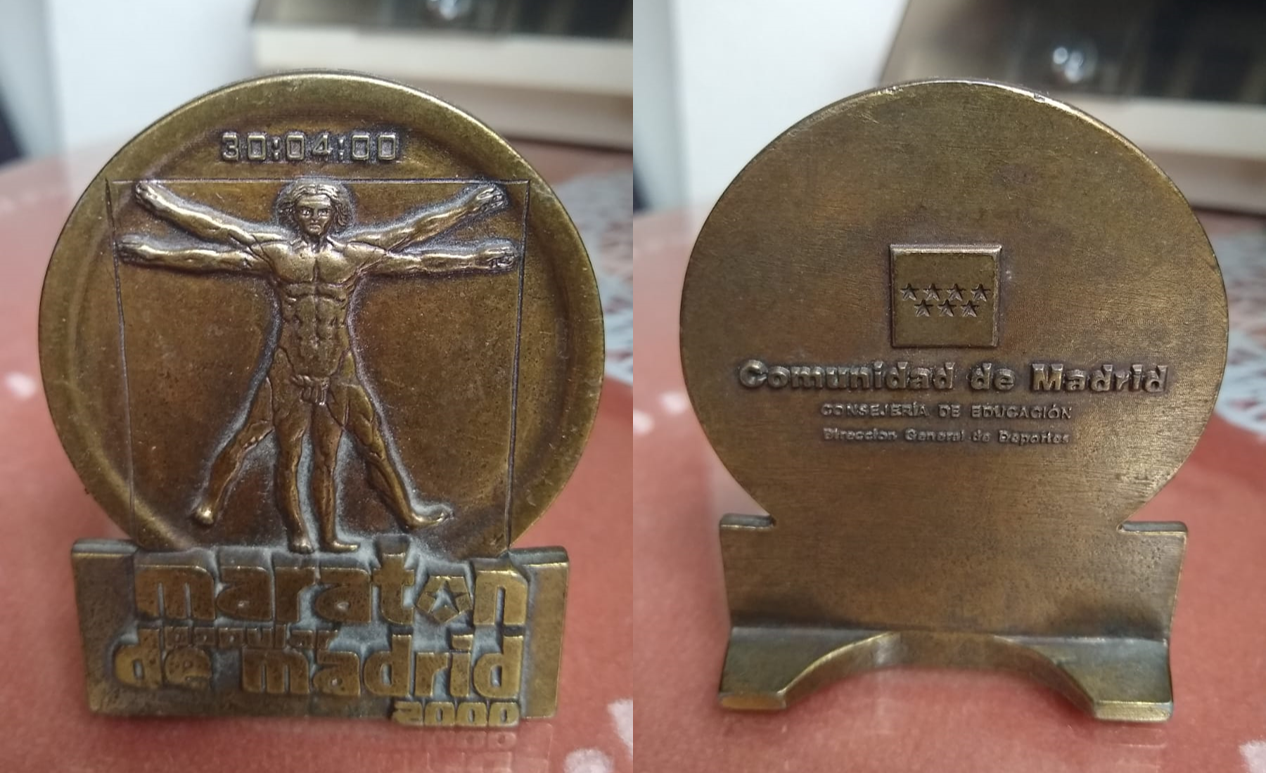 Given that it will be a while before we can return to compete in a “normal” way, we have decided from these pages to revisit some past races.

In this case, and to celebrate the 20th anniversary of our debut at the mythical distance of the marathon, we go back to a distant year 2000. The chosen event was the Madrid Popular Marathon, familiarly called MAPOMA, which was held on April 30.

Back then, and at 24 years old, we had been running for a few years and completed some races. Specifically, 50 races, of which eight had been half marathons, where we credited 1.35.45. The only experience with a greater distance had been an attempt, in vain, to finish the “100km in 24 hours” of 1999, another classic event in Madrid, and which will deserve a future post.

Thanks to being extremely methodical, or geek by then, we carried meticulous training notebooks. And currently they do not differ too much from what we used those days. Without being very detailed, however, they have proved extremely useful over the years.

We had started the year 2000 with persistent fever, which didn´t allow us running for 12 days. Besides this confinement, probably it had been the longest time without training until now. And obviously we started running again by slowly increasing the distances.

Reading again the old training schedules, today I am surprised at how little we trained before D-day. In March, no week did we run more than 4 days, putting in a 27k long training session on Saturday. And even one week was lighter, running only three days (and with a maximum distance of 10k!). In April, with the marathon to finish the month, we interspersed weeks of 3-4 workouts, making only a “long” run of 22k.

In summary, the maximum weekly mileage had been 57k, having done 156k in February, 206 in March and reaching D-day with just 150k in April. There will be those who say that they are very low levels of training to reach the marathon with any option, but this is how we stood in Madrid on Saturday.

MAPOMA was already well established in the national marathon calendar. It was celebrating its 23rd edition, at a time when the number of races in Spain was much smaller. We had not reached the boom we were in until recently, and the marathon was a distance that was viewed with respect, almost venerable.

In 2020, 25 “official” marathons had been planned in Spain. In 2000, together with Madrid, only a handful were held in national soil: Badajoz, Valencia, Seville, Barcelona, ​​Aguilar de Campoo and Los Pacos-Fuengirola.

The running expo was held in a central hotel. Nothing very big as they are in the big marathons nowadays. Nevertheless, the package was well supplied. Spending the night of the race in a hotel next to Gran Vía was not the best idea. The noise until dawn, and the nerves before facing the 42 kilometres, hardly allowed two hours of rest.

At that time the gels were still non-existent, or only for professionals, and there we were in the starting area with a few nuts in the pocket and ready for anything. With about 8000 runners registered, it was the most popular marathon in Spain, despite its hard course.

The good thing about running a distance for the first time is the lack of pressure to improve your personal best. Starting promptly at 9.30, it still took 3 minutes to get under the starting arch. The idea was to attach to an easy pace and manage to finish in the best possible shape.

We had never been in a race with so many people, and public. Things were certainly being easy. Crossing the half marathon in 2.10.43 the affordable pace allowed to confidently face the second half of the test. Although inexperienced, we had read many articles in Corricolari, one of the most popular magazines back then, regarding the dreaded “wall” and what could be expected from the kilometre 32 onwards. There were not many magazines or information available on an early internet.

As the kilometres passed, and especially in the difficult area of ​​Casa de Campo, which is still one of the hardest nowadays, energy began to run low. However, the goal was getting closer and closer. There were still the stimulating casseroles on the banks of the Manzanares and the mythical music from the movie “Chariots of Fire” when arriving at Puerta del Sol.

Entering the long Paseo de la Castellana, is only a matter of time to face the Fuente de Neptuno and the finish line. With the goal in sight and asking for a last effort to the exhausted legs we finish in 4.25.09 (net time 4.22.23) and position 5271 out of 6552 finalists.

Between ecstatic for the achievement and exhausted by the effort, we barely made it to pick up the finalist “plaque”. For some reason in those years these plates replaced the popular medals.

It still took a little time to assimilate what had been done: the mythical distance of the marathon had fallen, and what once seemed unattainable was already a reality.

We still didn’t know that this was the beginning of a long friendship with Philippides distance. We would return to Madrid on another four occasions, and there we were going to celebrate our 20th marathon anniversary by running again its streets. Although now renamed the Madrid Rock n´Roll Marathon, for some it will continue to be MAPOMA.

Delayed to November, let’s hope it can take place and we can close this cycle in the same place where everything started, a distant April 30 of 2000. 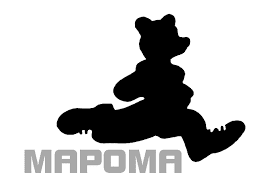