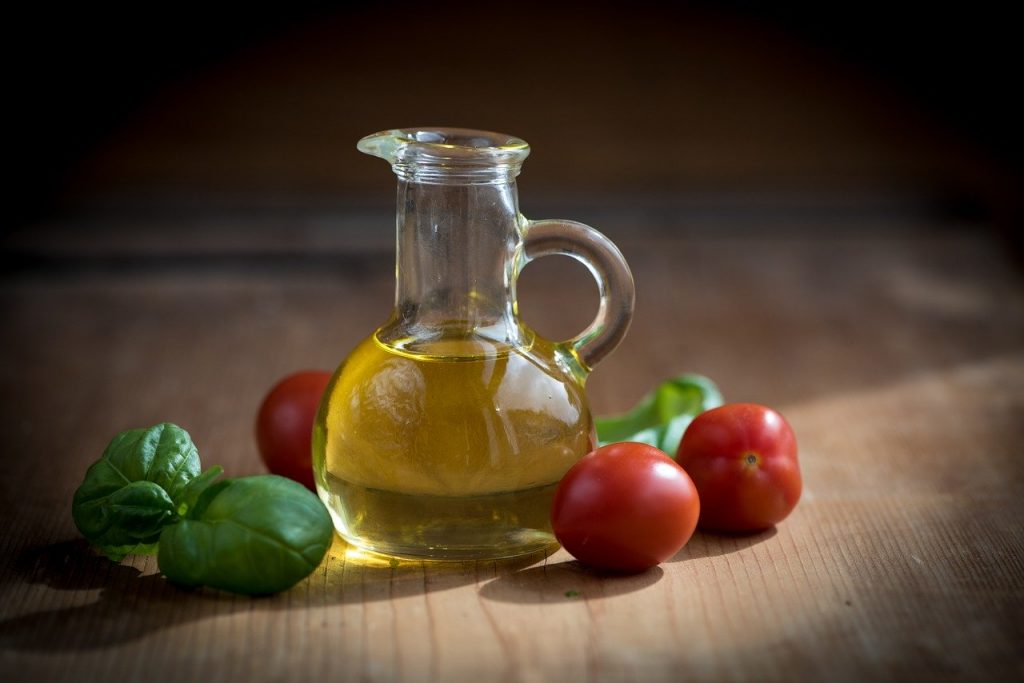 The Mediterranean diet is known as one of the healthiest in the world and associated with longevity and well-being. It has shown protective effects against cancer and other cardiovascular and inflammatory diseases. This diet is composed of a variety of cereals, fruits, beans, vegetables, nuts and central to all of them olive oil, and more specifically, extra virgin olive oil.

The olive oil is composed majorly of fatty acids, although it has more than 200 extra minor components. It can be found in two forms:

The benefits from olive oil are derived from its unique nutritional composition, and especially three of its components:

Oxidative stress initiates the atherosclerotic process that damages the endothelium of blood vessels, increasing the risk of heart attacks and other cardiovascular disorders.

Risk factors for developing cardiovascular disorders are smoking, sedentarism and low-quality diets. Vegetable, fruits and good-quality fats have though a beneficial impact on these complications.

High levels of HDL in plasma are good because it works by transporting the cholesterol from the tissues to the liver, where it is prepared for excretion (bile and faeces).

These effects are synergistically potentiated when extra virgin olive oil was combined with fish oil. Therefore, individuals receiving 10mL/day of extra virgin olive oil and 3g/day of fish oil diminished the ratio between bad and good cholesterol (LDL/HDL). Olive oil helped cell membranes in the uptake of the omega-3 from fish oil. Simultaneous consumption was better than each of them on their own.

The composition of gut microbiota is a protective factor against cardiovascular and inflammatory diseases, and its balance is key for health maintenance.

The consumption of extra virgin olive oil is linked to a higher biodiversity of intestinal bacteria. Each fatty acid has different effects, although the mechanisms involved are not understood yet. Polyphenols influence the microbiota composition acting as prebiotics, by inhibiting the growth of pathogenic bacteria, such as E. coli, and stimulating the probiotics, such the Bifidobacterium.

Different studies have shown that diets rich in polyphenols and monounsaturated fatty acids are associated with reduced production of cytokines (TNF-alpha and IL-6) by fat tissue. These are the molecules involved in inflammatory processes.

Closely associated to the Mediterranean Diet is the extra virgin olive oil. Its intake generates health benefits in many studies carried out in animals and humans, among them:

The effects linked to the extra virgin olive oil are related to its composition:

If you are not using it yet: don´t forget to introduce extra virgin olive oil into your diet.

Your health will thank you.

Effects of Olive Oil and Its Minor Components on Cardiovascular Diseases, Inflammation, and Gut Microbiota.