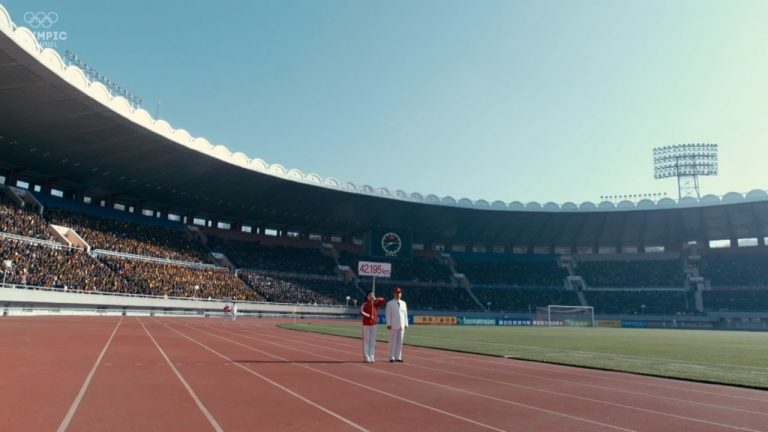 Pros: see that marathon is universal, as it takes place even in a secluded country as North Korea.

Cons: would have liked more opinions from other athletes.

It is a recent documentary from the Olympic Channel, available freely and with subtitles in their webpage .

The documentary subjects are Aimee Fuller, a British snowboarder and two-time Olympian, as she goes to run her first marathon, and Mirjam Jaeger, a retired Swiss Olympic skier who is going for the 10k race of the Mangyongdae Prize International Marathon.

It is a yearly event taking place in April, otherwise known as Pyongyang Marathon, in North Korea. It is the only sports event in the country where foreigners can participate. The race has around 1600 runners coming from 59 different countries.

Early in the documentary an official explains to our runners that the goal of the country and the government party is to flourish through sports. The Supreme Leader is greatly interested in sports.

Arriving 5 days before the race our runners will stay in a luxurious and almost empty hotel without internet. They have time to do some tourism and visit the Olympic stadium, where the marathon will start and finish.

Also, they have the chance of meeting some North Korean´s athletes in training for the Tokyo 2020 Olympics. In each discipline athletes live and train together in state-of-the-art facilities. They live for the sport to bring glory to their country. If victorious they get luxurious houses and cars and are treated as heroes. They seem sincerely grateful to the government for everything they get in return for their efforts.

Our runners are not allowed to leave the hotel unaccompanied, but they manage to do their last training sessions in the hotel gym or through the hotel corridors. Although finally they get to train outside accompanied by some Korean athletes or followed closely from a car.

On marathon day there is a big parade in the crowded Olympic stadium to introduce the runners. The races start and Aimee and Mirjam enjoy the race, and the chance to finally run freely and interact with the people in the streets. So many foreigners running are seen as a curiosity by the public, but runners are waved and cheered till they get to the finish line.

Personally, I already knew about the North Korean society. I visited South Korea in 2015 to run Seoul Marathon and got a tour to the Demilitarized Zone, or DMZ, a buffer frontier separating both Koreas, and still a conflicting separation area since the Korean War in the 1950s.

With the documentary I have added Pyongyang to my future marathon plans, although the registration is a tricky one, as you must go through the unique official agency allowed. Travel also is complicated, as you are not allowed to enter North Korea from the much closer South neighbour but doing a detour from China. Maybe one day, if both Koreas unify, travel will get easier and the marathon more accessible.

Watch it and get your own opinion. 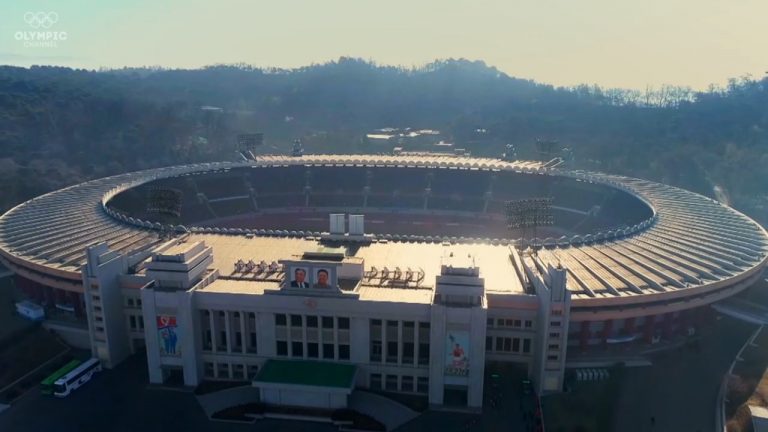